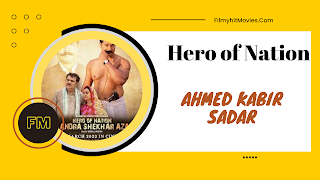 Friends, how can we forget the sacrifices made to liberate the country. Chandrashekhar Azad has given one of the sacrifices. One such name is also of Bhagat Singh. This is a biography film about how he fought for freedom. It is a historical drama film. It is being released on 25 March 2022. The running time of the film is 2 hours 15 minutes. This film is releasing in Hindi language only. The director of the film is Dheeraj Mishra. The editors of the film are Manoj Sankla and Jasbir Singh. Shekhar Hasti has written the story of the film.

Talking about the casting of the film, Ahmed Kabir Sadar has played the role of Chandrashekhar Azad. He is played by Ritu Sood, whose name is Durga Bhabhi in this film. And together there is Zarina Wahab, Raza Murad. You will be seeing Raza Murad on the big screen after a long time. Pradeep Kabra and Puneet Agarwal are also involved in this film. Overall, the film is going to meet all the criteria. How did you like this information, do write to us. Stay with us for information about other films.