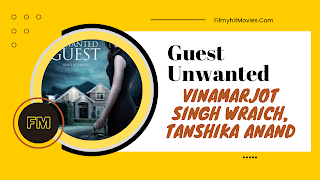 This guest unwanted Hindi language film is going to release on 20 May 2022. It is a Hindi language drama film. The story of this film is different. The story will show you how a co-worker, a retired army officer's daughter, is gang-raped and murdered. In spite of some of his body's weaknesses, how does he demoralize rapists to avenge his daughter. Parvinder Singh Waraich has written the story of this film. He himself is the director of this film. Harkiran Kaur has supported him. Swarna Jeet Kaur is the producer of the film. The music of the film is given by Happy. The trailer of the film has not been released yet. Maybe you will get to see in the coming day or two.

Talking about the casting of the film, Vinay Manjot Singh is the main character. Whose name is Angad in the film. Supporting him is the female actress Vanshika Anand, whose name is Shakti in the film. The name of the main character you will get to see in the film is Sanjeev Kler, who will be seen in the role of Major Vijay Pratap Singh. Apart from this, other actors are Sanjeev Dewan, Aman Bhopal, Mani Sabharwal, Babbar Gill and Mukesh Chanderia. Although this film is of small budget, still you will get to see a good story in it. How did you like this information, do write to us. Stay with us for information about other other films.