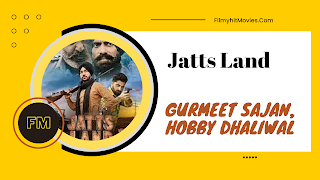 Now let's talk about the casting of the film. Gurmeet Sajjan will be seen in the main character in the film. Gurmeet Sajjan, a resident of Moga, has worked in many films. He started his film career in 1991. After that his film Akhiyan Udiq Diyan became a huge hit. He made superhit films one after the other, whose names are as follows; Nikka Zaildar, The Jatt Di, Captain, Saab Bahadar, Toofan Singh, Telescope, Jaddi Sardar. Apart from these, the names of other artists are; Hobby Dhaliwal, Gurvinder Brar, Prakash Gadho, Harry Sachdeva and Jay Khan. This film is going to be a big hit, because people have given so much love to its trailer.

How did you like all this information, do write to us. Stay tuned with us for the rest of the movies.